History of the North Channel

From Northern Ireland to Scotland within Admiralty chart 2198. In a straight line it is 21.4 miles at its shortest.

The North Channel swim is a challenging marathon swim. Firstly for its sea temperature, which can be 11-14 degrees centigrade and secondly for its hundreds of Lions Mane jellyfish which are for the most part unavoidable.

Although once regarded as an impossible swim, it did not deter the few brave and early pioneers, such as Mercedes Gleitz , Tom Blower, Kevin Murphy and Alison Streeter. Mercedes who made several attempts, the first on 23rd June, 1928 continued throughout this year and into 1929 making eightattempts overall from both sides of the channel. She with her pilots advice opted in later attempts to go more Northerly to what is now known as the Dál Riata Channel, first conquered by Wayne Soutter. Although Mercedes never conquered the North Channel, she nevertheless went on to complete some truly outstanding swims in many parts of the world. She was an inspirational lady who also spent a lot of her time and money doing great work for charity.

During the 1930’s and of course WWII, there were no known recorded swims across the North Channel. Then in 1947 the North Channel was first conquered by Tom Blower from Nottingham in a time of 15 hours 26 minutes leaving from the harbour in Donaghadee. Tom was well acquainted with the sea, having served in the Royal Navy during the war, and was awarded a medal for bravery, for diving off his ship to save the life of a fellow seaman.

There were many attempts during the 1950’s and 1960’s by some well known names of the period, such as Jack McClelland (NI), Margaret Erridge (England) and Florence Chadwick (USA), and the ill fated Greek Army Major Jason Zirganos, who died shortly after being lifted from the water before he could finish the swim.

1970 saw the first successful solo swim for many years, when swimming legend Kevin Murphy from London reached the Scottish shore. Kevin went on to complete two more successful solo swims across the Channel in both directions the only man to date to have done so and only person to have considered a two way crossing.

Success came to Ted Keenan from Enniskillen when he landed at the bottom of the Scottish cliffs after a gruelling 18 hours 27 minutes swim, giving him the Original Triple Crown title.

More brave attempts followed in the 1970’s and 1980’s, including Margaret Smith (Lincolnshire), Grainne Gunn (Bangor) and Sandra Blewitt (New Zealand) all of whom were unsuccessful, having to give up only 1-2 miles from shore.

1988 was an historic year when the first woman, swimming legend Alison Streeter from London, made a fast and successful crossing. Alison, like Kevin Murphy, went on to complete two more solo swims across the Channel. The very next day after Alison’s first swim, Margaret Kidd became the second woman to swim it, and the first Scot.

The 1990’s saw more attempts, mostly unsuccessful. Perhaps the most heartbreaking was that of Paul Lewis from Dorset, who had to be lifted from the water just over 100m from land on the Antrim coast. Paul returned the following year and completed it.

Another swim of merit was made by Dublin man Colm O’Neill in 2004 in a time of 11 hours 25 minutes. And in 2008, Colleen Blair from Scotland was sucessful in reaching her home shore.

In 2010 Ann Marie Ward from Donegal, after several attempts, completed an amazing endurance swim starting at Islandmagee within Admiralty chart 2198 reaching Scotland in just under 19 hours. Likewise that year, Stephen Redmond from Cork made it across to become the first man to complete the Oceans Seven Challenge. Anna Carin Nordin from Sweden had success in 2013, having started in Scotland and arriving in Northern Ireland. She became the first woman to complete the Oceans Seven Challenge.

Also in 2013, American Michelle Macy completed a record swim to have the fastest solo time to date of 9 hours, 34 minutes, 39 seconds.

Another fast swim was completed in 2014 when Colleen Mallon from Camlough finished in just under 10 hours the current Irish Record Holder with Keith Garry also holding the Irish Record for fastest Male.

2015 saw history made when Rohan More from India became the first person from his country, and the first Asian, to conquer the North Channel, in 12 hours 46 minutes.

In 2019, American Caroline Block completed her fourth crossing, to overtake Alison Streeter and become undisputed “Queen of the North Channel” in 2019.

There were many more successful solo swims over the years, as its popularity and challenging waters gains momentum. In this short history all these great feats of endurance are worthy of the highest praise. Also to those swimmers who did not make it to shore, all gallant efforts also deserving the highest praise.

Over the years, quite a number of relay swims have taken place on the North Channel: from “Ireland One” in 1990, through 2015 when an international team “Fast and Frozen” completed the first 2-way crossing in 29 hours 57 minutes, to 2019 when the fastest crossing of all by the OA Giants on 2nd August 2020 with a course record of 9 hours 2 minutes 41 seconds . 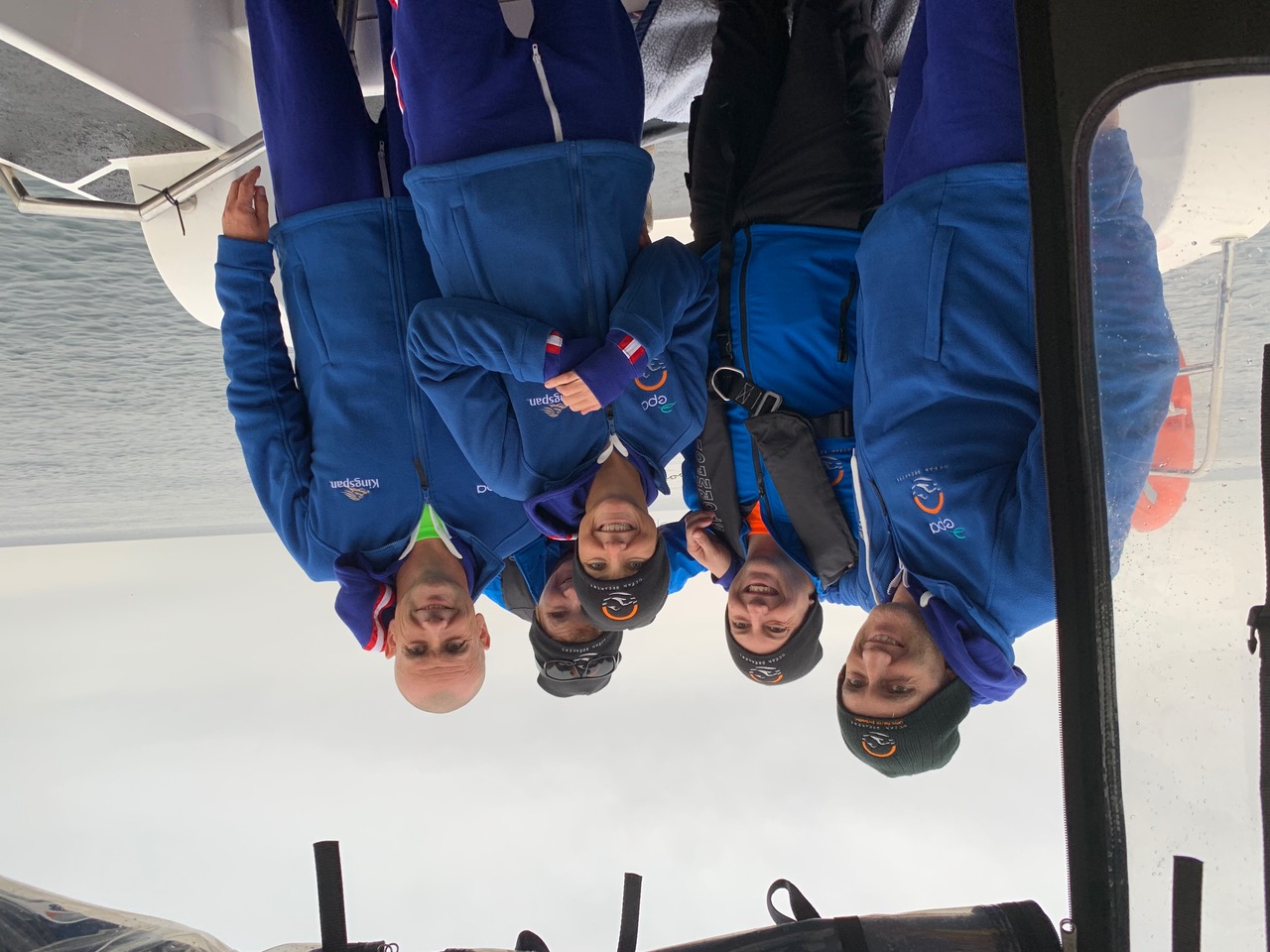